A Strong Voice for Education for Seanad 2020

Alice-Mary Higgins has been a champion of education, students and educators during her first term in Seanad Éireann. If you are a teacher or know a teacher please share this letter below and encourage teachers to give Alice-Mary their number 1 vote in the upcoming elections. 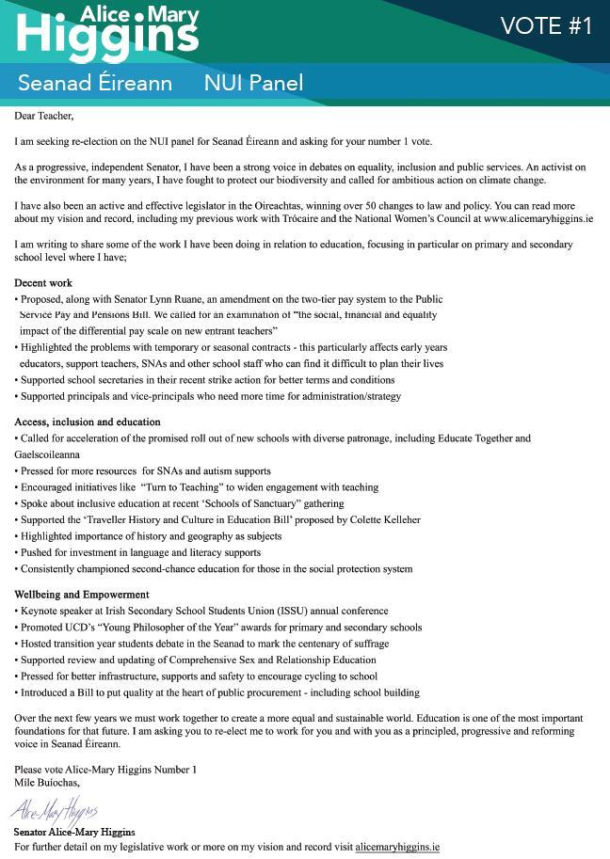 I was honoured to address the First Minister of Scotland Nicola Sturgeon on behalf of the Civil Engagement Group following her remarkable speech in the Seanad.

Independent Senator Alice-Mary Higgins has called on the Government to “Build on the serious and responsible actions already taken in Ireland, by proactively engaging with medical technology manufacturing companies to support an increase in production of ventilators and related lifesaving equipment”

The Senator, herself from Galway, noted that “we are fortunate to have a number of companies based in the west of Ireland who produce equipment which could play a crucial role in response to Covid-19. Medtronic are global leaders in the manufacture of ventilators. Aerogan are a local company who produce nebulisers and Aquila Bioscience, a company that works with NUI Galway, have developed a new anti-viral cleaning wipe."