On the 8th Februrary 2016, Senator Higgins launched the Age Action Report which detailed how the changes introduced in 2012 to pension entitlements had a disproportionately negative impact on women. 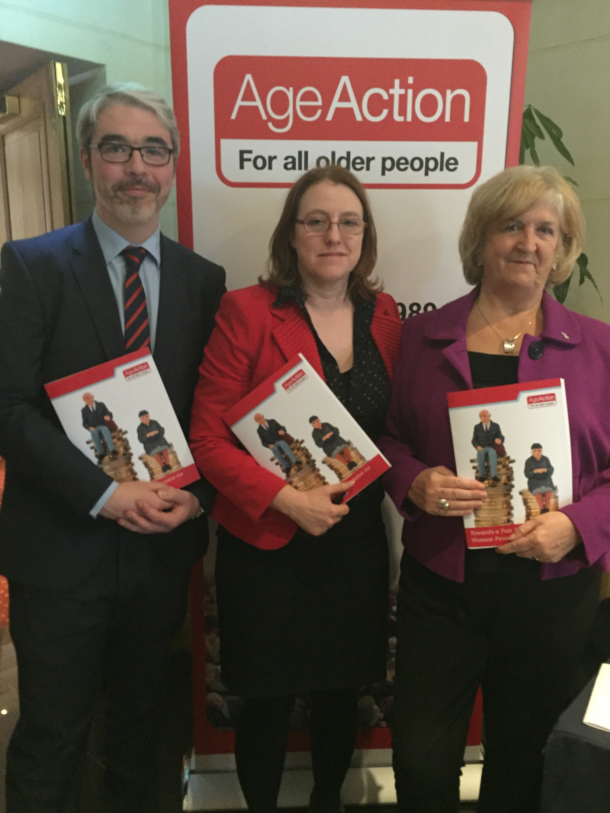 Senator Higgins had contributed to the research for this report which was written by Maureen Bassett and commissioned by Age Action. The changes introduced in 2012 disadvantaged many of the same women who had been impacted by the legacy of past injustices such as the marriage bar.

Senator Higgins has previously campaigned for just pension reform in her roles with Older and Bolder and the National Women's Council of Ireland, in particular addressing the gender pension gap. As a member of the Social Protection committee, she continues to bring the systemic gender inequality in Ireland's pension system to the agenda.

The launch of this report was covered in the Irish Independent,

What is this Referendum really about? Why I'm calling for a YES vote

As we prepare to vote this Friday, I think it’s important to reflect on what this referendum is and is not about.

After debating the Wildlife Bill for 12 hours in the Seanad, Senator Higgins was happy to report last-minute wins in two areas. Senator Higgins succeeded in persuading the Minister to accept her amendment which requires a report to be produced on the condition, restoration and rewetting potential of ALL blanket bog National Heritage Areas before any order to remove protection of these bogs can be made. Which means no golf course or other ill-conceived developments in these National Heritage Areas for the foreseeable future. The Minister also accepted Senator Higgins' amendment to require a report on how turbury (peat cutting) rights operate – to include recommendations on a definition of ‘household use’ – important not only in terms of climate action but also a just transition.

I was glad to begin International Women's Day at the World Congress on Women's Mental Health which was hosted by the National Women's Council of Ireland and Trinity College Dublin. The event shone a light on mental health issues affecting women, including the issue of reproductive rights.