Born and raised in Galway, Alice-Mary Higgins has over two decades of experience in policy, strategy and advocacy across the areas of equality, international development and social inclusion.

An advocate for social and economic equality all her adult life, Alice-Mary keeps these principles to the fore in the Seanad and works to bring care, creativity and long-term thinking into the heart of political debate. 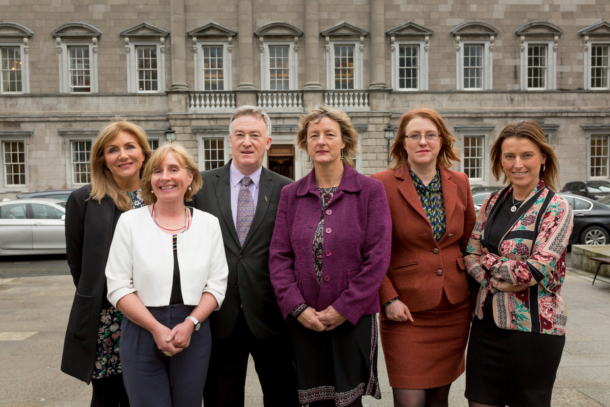 Alice-Mary graduated from UCD in 1996 with a degree in English and Philosophy. She holds an MPhil in Theatre and Cultural Studies (TCD) and is a Fullbright Scholar in the Humanities. In 2002 she graduated from the New School in New York with a Masters Degree in Sociology.

Prior to her Seanad election, Alice-Mary worked as policy coordinator at the National Women's Council of Ireland. Here her work focused on a range of gender equality issues – including the pension and pay gap, childcare and greater representation of women in all areas of national life.

In 2014 she was elected to the Executive of the European Women's Lobby in Brussels where she worked on the development of its new strategy and represented the group on socio-economic matters.

Whilst working at the Older and Bolder alliance Alice-Mary delivered a successful campaign to defend the State Pension and developed campaigns on homecare. At Trȯcaire Alice-Mary advocated on climate change, food security and peace-building. As coordinator of the Comhlámh anti-racism project, she combined legislative advocacy with creative work on diversity